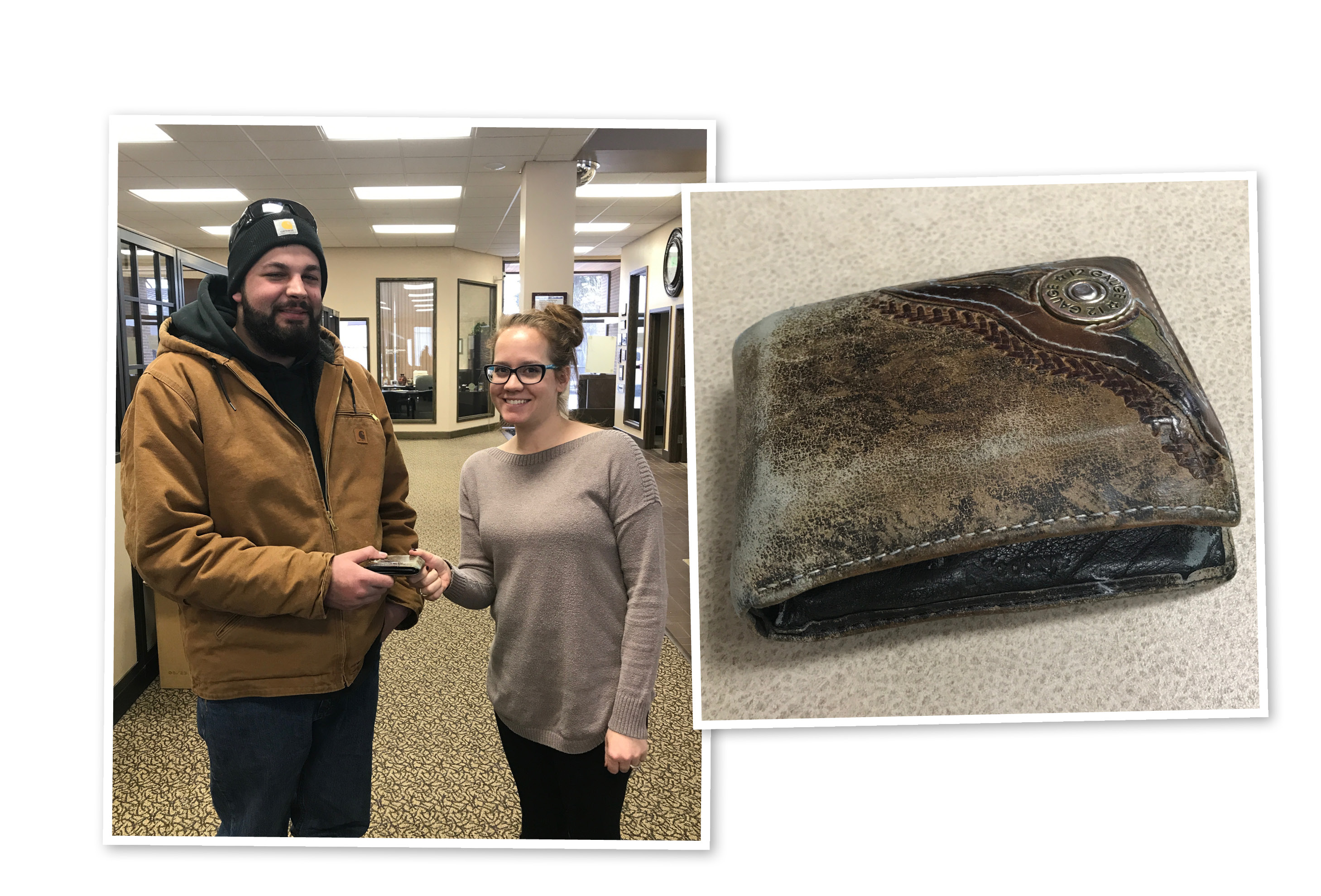 There’s nothing quite like that sinking feeling when you realize you forgot something important. This was presumably what Josh Adams felt, about 45 minutes after he left Choice Financial in Langdon.

Josh is in his early 20’s, a soft-spoken man who works for his father-in-law driving trucks across North Dakota. This particular Friday, just before the weekend, he was hauling grain back and forth from Langdon to Fargo. Before he set out on the three-hour drive, he stopped at Choice Financial to deposit a check.

There’s nothing quite like that sinking feeling when you realize you forgot something important.

Hillary Girodat, a Frontline Specialist at Choice Financial in Langdon, helped him out and chatted about his work. She took care of his check deposit, and wished him well on the road.

Forty-five minutes later, she got a phone call. It was Josh.

“Hey, did I leave my wallet there?” he asked.

Sure enough, Hillary looked around and found a worn, leather wallet towards the back of the counter. But Josh was already far out of town.

“How about this,” Hillary offered, right away. “I can drive and meet you if you want to pick a meeting point that works well for you.”

Josh was very thankful. They planned to meet in Nekoma, a 15-minute drive from the bank, at an elevator.

“I’m going to give Josh his wallet!” Hillary told her team and hopped in her car to head to Nekoma. The weather was snowy, but roads were okay, and she made it there right on time. When she handed over the wallet, Josh tried to hand her money for gas.

Hillary waved it away with a laugh. “Of course not!” she said, smiling.

“Going out of your way to drive a customer their wallet? Now THAT is customer service.”

Back at the bank, Hillary’s coworkers say this is normal behavior for Hillary. She exemplifies the core value of “commit to our customers with undivided attention.”

“Hillary does this a lot,” said Amber Benoit, Hillary’s co-worker. “Going out of your way to drive a customer their wallet? Now THAT is customer service.”

Do the Right Thing, No Matter What