Back in its hay day, coin collecting was no joke. Choice Financial locations across North Dakota, particularly in Dickinson and Belfield, would receive calls asking when the next mint release would be. Each time there was a new release — such as a new state quarter or a presidential dollar coin (each president gets one) — Choice locations ordered hundreds of new coins for their customers, many of them eagerly awaiting their arrival. When they did arrive, you were lucky to get any.

“It was dog-eat-dog out there,” Sharon Karsky, the Senior Vice President of Frontline Operations in Bismarck said. “We eventually had to put a limit on how many coins people could take at one time, or else they’d take them all.”

Many of these customers were avid coin collectors, wanting to stay up to date with their collections. Others knew that in time the coins could be worth a pretty penny — er, quarter. The collections included silver eagles, gold eagles, presidential dollars, and state quarters. Each came in a customized package describing the coin(s). They were uncirculated, fresh from either the Denver or Philadelphia mint. 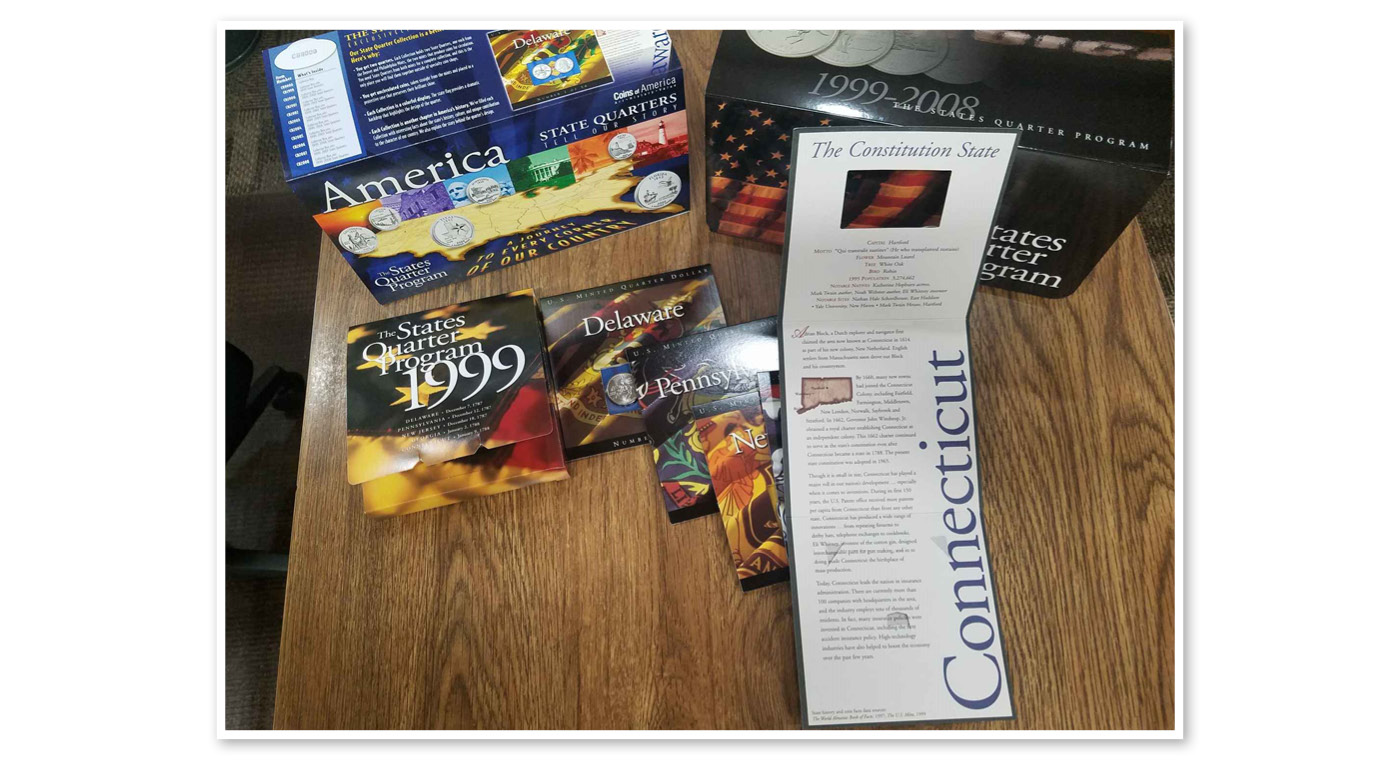 However, in the past few years, Choice saw a noticeable decline in coin collecting interest. Instead, the presidential dollar and state quarter packages have been gradually moved to the backs of vaults, collecting dust at various Choice locations. As newer employees joined the team, they were unsure of what do with the random assortment of coins.

“I would go from location to location, supervising the front lines, and all the newer employees would ask about them,” Sharon said. “‘We have all these coins,’ they’d say. ‘What do we do with them?’”

Last year, Choice Financial stopped ordering collector coins for good. Interested buyers were directed to other resources, and the leftover coins were put into boxes. But then… what?

“I didn’t have a clue what I was dealing with,” Sharon said.

So she sent an email to each of the locations asking what coins they had. She planned to gather the leftover coins together just to get rid of them at face value. But then, the Belfield ladies spoke up.

“We knew we had the expertise to do something with them,” Janet Lindbo, a Frontline Operations Manager at Choice Financial said.

Janet and her coworkers, Kristi Tessier and Patty Hutzenbiler, worked with Sharon to have the remaining coins from each Choice location sent to Belfield. There, they came up with a plan to not only get rid of the coins but make valuable use of them, too. Many of the coin sets were incomplete, missing a few of the “favorite states” that customers had ordered. They knew there were collectors who would want the full collections still, so they needed to purchase some of the missing sets.

“At first when they asked to buy more coins, I was skeptical,” Sharon said with a chuckle.

“It was a big job,” Patty said. Overall, they spent 10 to 15 hours, broken up across a few days, sorting out dollar coins, quarters, and pennies. After meticulous sorting, they contacted the company who sold the sets and ordered the ones they were missing.

It wasn’t too long before their hard work paid off.

Sharon, who had planned to get rid of the coins however possible, was impressed.

“I would have sold them individually for much less,” she said. “But they’ve actually been able to bring joy to coin collectors again.”

“I know how much time and effort it takes,” she said. “They did an awesome job taking the time to put it together.”

For the ladies at Belfield, the time has been well worth it. They’ve turned a back area into their “Coin Shop” where they have the sets stacked and ready to go. It’s become a project they’ve enjoyed while being a great help for Choice as well.

“It’s about knowing when to offer help,” Kristi said, citing one of Choice’s core values. “We saw that we could make something valuable from the scattered pieces of these collections. And you can’t forget to have a little fun, too.”