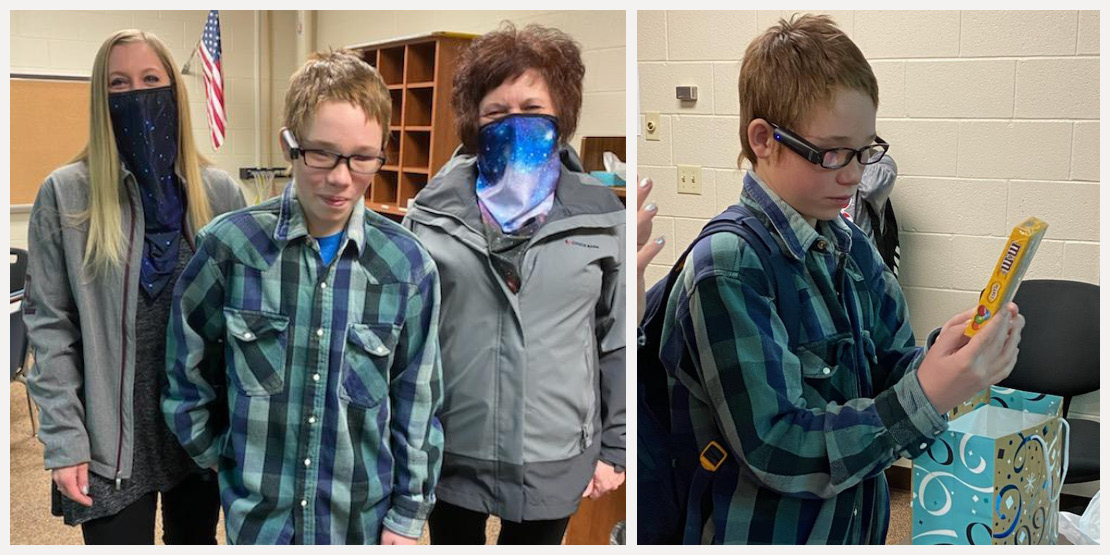 With a brand-new pair of OrCam glasses, thirteen-year-old Noah Hoon is able to live more independently after suffering a gunshot wound that left him blind.

Noah Hoon of Belfield, North Dakota is a kind and thoughtful young man. He loves swimming and fishing at the lake, biking along the gravel roads near his home, and of course, his five siblings.

But Noah has also experienced more hardship than any 13-year-old should have to bear. In 2018, Noah’s mother, MaryBeth, passed away after a courageous battle with cancer. Such a devastating loss was overwhelming for someone as young as Noah, and he struggled to express his grief.

Noah’s feelings of heartache and loneliness were heightened due to isolation during the COVID-19 pandemic, and on Thursday, May 14, 2020, Noah suffered a self-inflicted gunshot wound to the temple. He was rushed to a hospital in Dickinson and later airlifted to Fargo, where a small bleed was found on his brain. While the bleed was determined to be a minor concern, unfortunately, Noah lost both of his eyes in the incident.

A family friend has created a Facebook page to keep loved ones updated on Noah’s condition. A May 22 post on the page read:

“We feel he is a walking miracle because he is alive. Physically Noah is recovering well, he had reconstruction surgery done and is healing…I write this with a heavy heart and ask for continued prayers!”

Six months have passed since his injury, and Noah is recovering remarkably well. On May 29th, he was able to leave the hospital and return home, where he can heal alongside his father, siblings, and friends.

As early as July 4th, Noah was back at the lake, swimming with his cousins. He has even been able to start riding his bike again, with the help of his sister Abby running in front to guide him.

But Noah’s long journey to recovery is far from over. Despite his resilience and quick learning, Noah’s family has often wondered what school will look like for him moving forward. When we heard that Noah’s family was seeking special tools and resources to help him in school, Choice Bank knew there had to be something we could do.

So, we granted a wish.

On November 18, Noah was presented with a very special gift: an OrCam device. Attached to a pair of glasses, an OrCam is an intuitive portable device that uses the power of Artificial Vision to assist people living with partial or total vision loss. By providing audio descriptions of their surroundings, the OrCam allows users like Noah to become more independent in their day-to-day life.

Noah’s story is one of determination, strength, and hope. But too often, stories like Noah’s do not have such a happy ending. In post on Noah’s Facebook support page, his family urges all of us to treat suicide as the serious issue that it is and to keep an eye out for warning signs, especially in young people:

“Children can be depressed and anxious the same as adults. With the COVID isolation guidelines we need to be watchful for signs of depression because children don’t know how to express their feelings and suicide is not a joke!”

If you or a loved one is experiencing thoughts of suicide, please call the National Suicide Prevention Lifeline at 1–800–273–TALK (8255). Learn the warning signs of suicide at www.sprc.org. 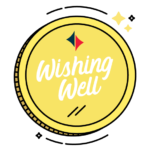 The Choice Bank Wishing Well is now accepting wishes for 2021! Ready to cast yours? Visit choicewishingwell.com and let us know who you would like to help out in your community.

How to be Two Places at Once