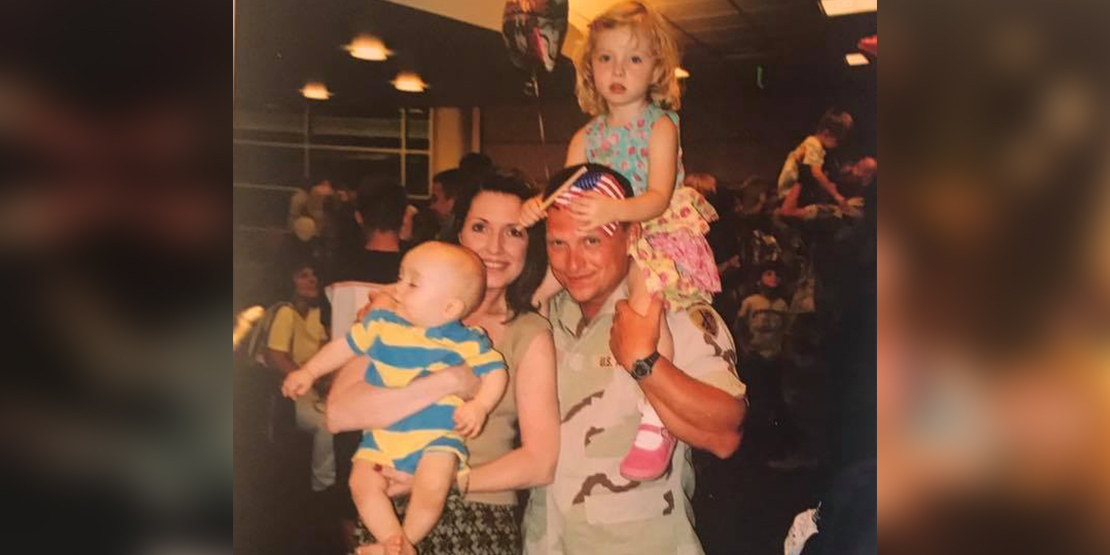 Knowing first-hand how difficult it can be to transition from active duty to civilian life, Gary is passionate about doing everything that he can to help other veterans. So when a group of veteran business owners needed some help, he didn't hesitate to step in.

Transitioning from active duty to any job in the civilian world can be difficult for military veterans. It’s a transition that Gary White knows all too well. Today, he is the Vice President Commercial Loan Officer at Choice Bank in Eagan, MN. But before that, he spent years transitioning back and forth from the military world to the business world, during a total of six deployments and three combat tours.

“It’s the hardest thing in the world, coming back to your civilian job,” Gary described. “You don’t have the same support network you have in active duty. You’ve been out in the middle of Afghanistan fighting a war and the next thing you know you’re at a desk working as a Business Banker.”

“You’ve been out in the middle of Afghanistan fighting a war and the next thing you know you’re at a desk working as a Business Banker.”

On his last of six deployments, doing a year tour in Afghanistan, Gary described that his company had four trucks hit by Improvised Explosive Devices (IED) buried in the road with soldiers that were under his leadership. On the same deployment, his supply sergeant crashed in a helicopter. When he retired from the Army Reserves, he walked away with two Bronze Stars from his last two deployments in Afghanistan and deep empathy for fellow veterans who have experienced war. In total, he has spent 22 years in banking and 24 years in the reserves. His tours in the military each lasted for one year and were involved with conflicts in South America, Bosnia, Iraq, and Afghanistan. Coming home is the greatest feeling in the world, but sometimes you feel the need to return because you want to finish the job.

“People don’t realize how hard it is,” he said. “Coming back six times… it’s tough to build up your network each time you go back to work.”

That’s why when Gary first met Joe Johnson and learned of his project to connect veterans in business, he was instantly intrigued. At the time, Joe was just starting to build an online network called Trustvets.com, with a mission to connect veterans with their community and make it easier for them to form a professional network. Four years later, Trustvets.com is now a rapidly growing nationwide network with regular meet-ups in six cities.

“I really believe in the work he’s doing,” Gary said. “I was one of the first people to make a profile. I want to do anything I can to help out other veterans.”

Gary had the same mentality when he got a phone call from Joe one afternoon, explaining that they needed help. It was two days before their in-person meeting in Richfield, MN, an event called the “Monthly Business Rally.” At the last minute, the venue had canceled. They already had over 50 people who had RSVP’d to the event, which was scheduled to last for an hour and allow veterans to meet each other and hear updates about local business events.

“We need a place to host,” Joe explained. “Would you be able to help?”

Gary thought of the Choice Bank core value, know when to ask for help, know when to offer it. He knew this was a chance to offer help as well as support the veteran community that is close to his heart.

Quickly, he checked with Christine Young, Senior Vice President and Small Business Administration Program Director at Choice Bank, to see if their community room in Golden Valley was available. She confirmed that it was. With that, he explained the situation and they were able to reserve the room for the Trust Vets meet-up. Not only that, but they decided that they would go the extra mile and provide a catered lunch for the meet-up, on behalf of Choice Bank.

Gary thought of the Choice Bank core value, know when to ask for help, know when to offer it. He knew this was a chance to offer help as well as support the veteran community that is close to his heart.

“At Choice Bank, we take every opportunity to help our service men and women in every way we can,” Christine said. “As soon as Gary told me the situation, I knew it was right in line with what we already do here.”

Within the hour of Joe’s first call, Gary had him on the phone once again.

Joe was exuberant. He sent out an email blast and updated the Facebook event right away, directing the attendees to the new space at Golden Valley. “Choice Bank has graciously offered to host and cater!” he wrote. “Spread the word!”

Meanwhile, Gary and Christine set about ensuring everything for the event would go smoothly. They hadn’t used the sound system in a while, so they called in their technician to make sure the microphones would be ready to use. They called neighboring businesses and got permission for Choice Bank employees to park there, leaving the bank parking lot open to the veterans. For lunch, they contacted a Choice Bank customer, We Cater to You, to provide a delicious meal.

Thanks to the quick work of the Choice Bank team coming together, everything was arranged in less than three hours.

“You can’t do things like this without everyone being involved,” Gary said. “I could have never done this individually. It took support from the whole team.”

“You can’t do things like this without everyone being involved,” Gary said. “I could have never done this individually. It took support from the whole team.”

On the day of the event, everything was prepared. Choice Bank tablecloths were laid across the tables, and the food was laid out and ready to eat. Gary stood at the door and greeted each attendee with a handshake and a warm smile. They had around 50 veteran business owners in attendance, and many came up to share their gratitude for opening up a last-minute space. Even after the hour of presentations and networking wrapped up, many lingered to continue making connections. In fact, a few even set up a meeting with Gary to talk about small business loans.

Afterward, Joe thanked Gary and Christine again and again for coming through at the last minute and delivering in spades. They all agreed it had been a big hit.

“Overall, I couldn’t have asked for a better meeting,” Gary said.

As a veteran himself, it means a lot to Gary to be part of an organization that not only talks the talk but walks the walk when it comes to showing support for veterans.

“Our leadership at Choice Bank didn’t even think twice about doing this,” he said. “The answer was right away, ‘We would love to do this.’ It really shows our commitment to being PeopleFirst.”

Thanks to Gary and Christine’s efforts, Joe and the Trust Vets community were able to have a successful in-person meeting — with a tasty lunch, to boot. What’s more, nearly 50 local veteran business owners now know they have a place for financial and small business support right in their neighborhood, and some are even in the process of becoming Choice Bank customers. In the end, being PeopleFirst is a win-win for everybody.

Together as one on Giving Hearts Day