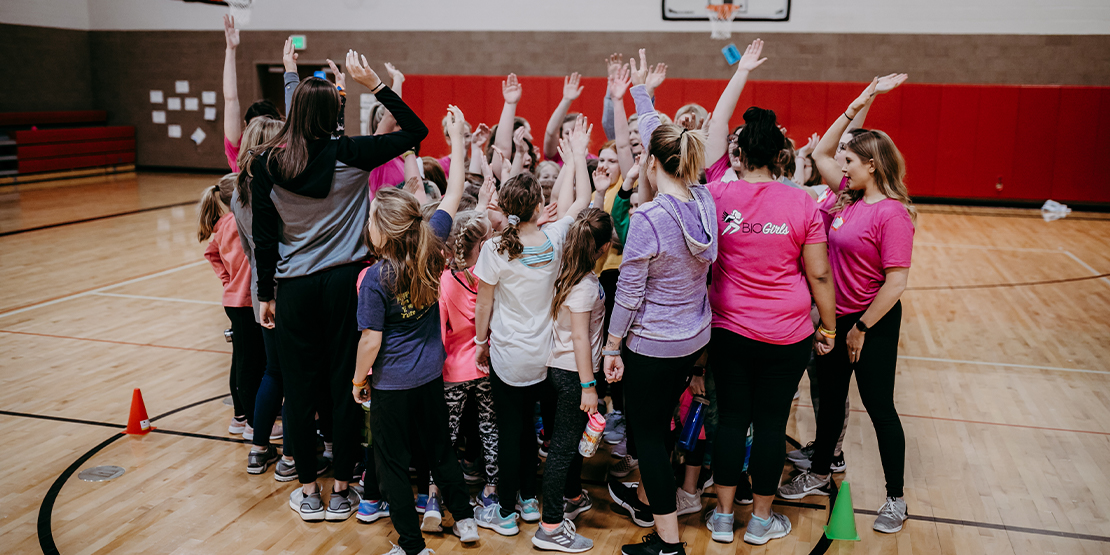 Statistics like this used to keep Missy Heilman up at night. In 2013, as Missy was raising two elementary-aged daughters, she could already see the impact that societal pressures had on young girls. The pressure to be beautiful, based on the standards they saw in the media. To prioritize looks over all else.

“By the time girls reach sixth grade, 80 percent believe that their looks are the most important thing about themselves.”

Missy began to envision a group where girls could be inspired to be their best, bold, and beautiful selves—inside and out. She reached out to several organizations in the Fargo area seeking an opportunity to volunteer and be a mentor for young girls, but never received a response. So Missy thought to herself, “What if I were to start something on my own?”

She approached the youth director at her church, Olivet Lutheran in Fargo, with her idea: a positive, non-competitive program where girls could form meaningful relationships with mentors and peers, improve their self-esteem, and just be themselves.

And thus, BIO Girls was born.

Service to Others, Empowerment of Self

BIO Girls, which stands for “Beautiful, Inside and Out,” is a 12-week program for girls in second through sixth grade. Their mission is to increase the self-esteem of those adolescent girls through service to others and the empowerment of self.

Research shows that girls’ self-esteem is highgest in third grade and reaches its lowest point in sixth.

“I grew up an athlete. It helped connect me with others, helped me feel involved, helped me feel a sense of purpose. Today, kids don’t get that through sports,” Missy said. “There’s so much pressure. You’re supposed to specialize or join teams that play year-round. I wanted to give girls something to belong to where they weren’t expected to be perfect or ‘the best.’ They come as they are and find others that they can connect with, both as mentors as well as peers.” 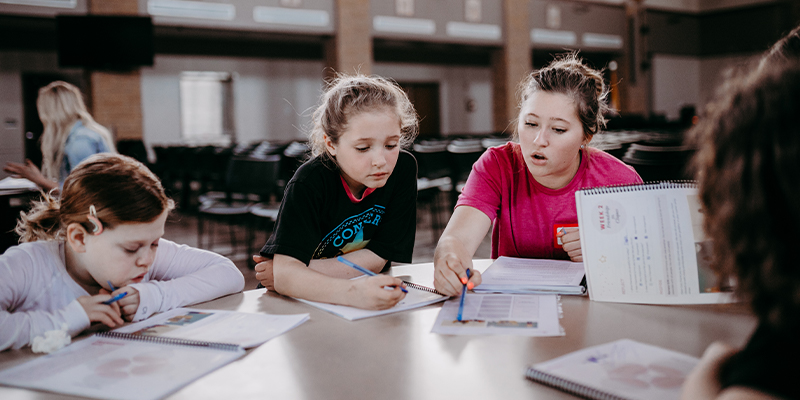 Much like the activities they offer, the age range that BIO Girls targets is very intentional: research shows that girls’ self-esteem is highest in third grade and reaches its lowest point in sixth. Missy’s goal is to reach young girls while they still have a healthy level of self-esteem and help them maintain it, combating disruptive behaviors like drug and alcohol abuse, disordered eating, and self-harm—which are associated with low self-esteem—before they arise.

“Those are all the things that keep me fueled to make sure that BIO Girls continues to grow,” Missy said. “Not just in Fargo-Moorhead but in our entire region, in rural communities as well as the cities. Because every girl, no matter how much money her parents make or what school she goes to or how many friends she has, can and does suffer from low self-esteem.”

And Missy doesn’t see that growth slowing any time soon. With support from community partners like Choice Bank, BIO Girls is making a concerted effort to seek out girls who can benefit from the program and would not have the opportunity to participate due to a number of factors.

“We have learned over the years that low-income or at-risk demographics don’t seek out programs like BIO Girls,” Missy said. “Even if you remove the financial hurdle, they still aren’t registering. And so we have cultivated a referral program where we work with our communities to identify girls who would be a good fit for the program but may not have the opportunity otherwise.”

“Regardless of who they are or where they come from, young girls from all walks of life can be susceptible to low self-esteem.”

Every year, BIO Girls reserves three spots at each site for referral participants, whose registration fees are 100 percent covered by scholarships. And participants do not need to be referred for the program in order to receive a scholarship; anyone in need of financial assistance may apply online.

Choice Bank has been a community partner of BIO Girls since 2015, and in 2019, Choice made the decision to increase their support of the program in an important capacity: by funding scholarships for low-income participants. In 2020 alone, BIO Girls has already enrolled over 150 girls through these referrals and scholarships—making up over 12 percent of total registrations.

“Regardless of who they are or where they come from, young girls from all walks of life can be susceptible to low self-esteem,” said Melissa Block, SVP of Marketing and Communications at Choice. “This is why it’s so important for us to support BIO Girls and the work they do so that they can continue to positively impact all young girls in our communities, including those that would not normally have the opportunity to participate.”

This partnership with BIO Girls is proof that Choice Bank lives out their motto of #PeopleFirst, by investing in the communities in which they are present.

“They see the value of BIO Girls in our communities,” Missy said. “The fact that they’re giving hundreds of girls the opportunity to participate in our program who wouldn’t have been able to otherwise speaks volumes about who they are and what their mission is.”

What began seven years ago as a desire to help even one girl discover her self-worth has transformed into a movement, inspiring thousands of young girls across the Midwest. In 2019, an independent study found that 60 percent of BIO Girls participants experienced a significant increase in self-esteem; significant improvements were also found in physical, emotional, and social well-being, as well as family and school life.

But for Missy, the transformations she witnesses first-hand are more impactful than any statistic. Take, for example, the story of one nine-year-old girl who joined BIO Girls as a referral participant last year. She struggled with depression and anxiety, and had a difficult time socializing.

“Her mentor expressed some concern that she wasn’t getting much out of the program. She really disliked the running component,” Missy said. “But she came every week. She tried her hardest. She participated in the 5K and she walked every step of it, and that was completely fine because that was her way.” 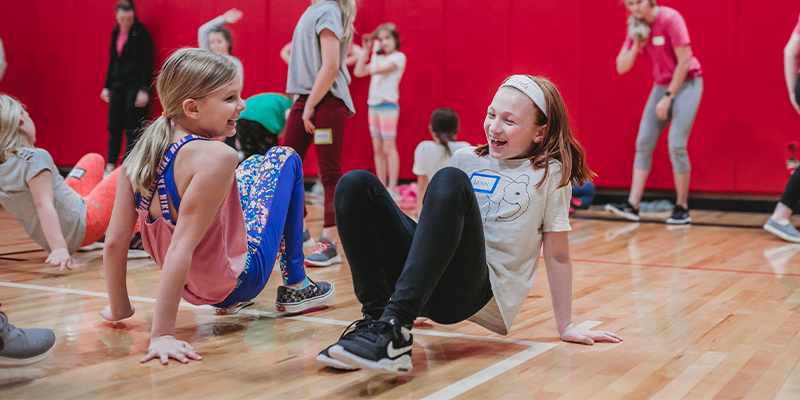 After she finished the running program, she immediately signed up for the summer dance session. Fast-forward to the end of the summer, when Missy received an email from this once-shy participant’s mother: I’m so thankful for BIO Girls. The amount of confidence that I have seen in my daughter and the passion for dance is something I’ve never seen in her before. She was able to get up in front of an auditorium full of people and do her dance for the recital. I never thought she would have the confidence to do that.

Perhaps this is how the impact of BIO Girls is best measured: in the look of pride on a young girl’s face as she takes her first bow, knowing she has an entire group of mentors and peers cheering her on.

“Back in 2013, I had no intention of BIO Girls being what it is today,” Heilman said. “I truly was looking for a way to give back to other girls. I would have never dreamed that it would equate to the number of girls that it does today—it’s pretty amazing.”

To learn more and register your child for an upcoming BIO Girls session, visit biogirls.org.

Every Picture Tells a Story