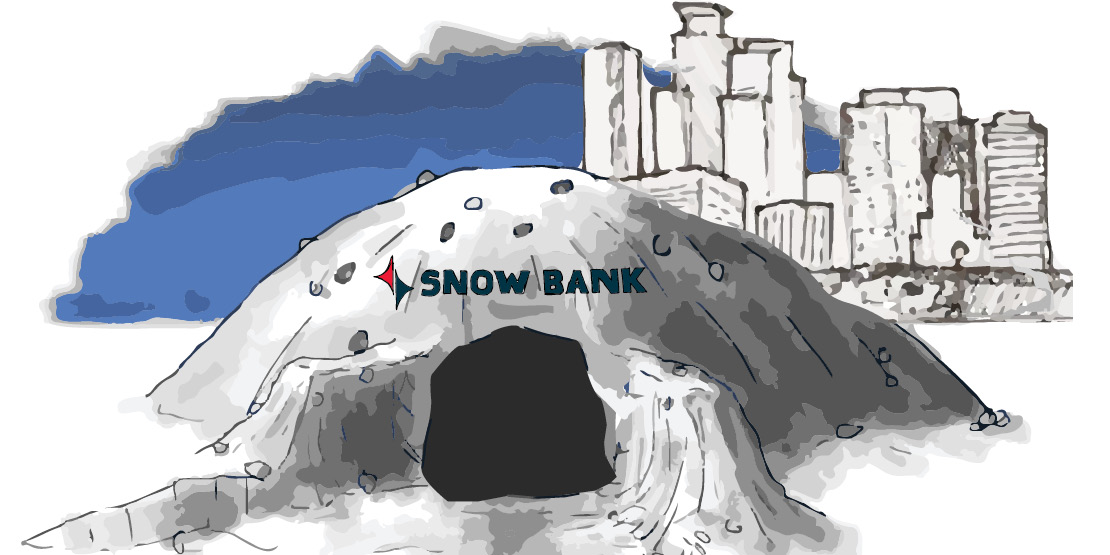 Choice Bank, with its focus on innovation, is announcing three new locations, opening April 25, 2019, and a new location opening in February 2020. These new locations, however, won’t deal in traditional currency. Instead, Choice’s new “Snow Bank” locations, will be buying, trading, and selling snow.

With the winter that North Dakota and Minnesota have had, it “only makes sense” says CEO Brian L. Johnson. “We have to meet new customers where they are, and right now, everyone has plenty of snow. It seemed like an obvious decision. As the old saying goes, ‘There’s no business like snow business!’”

As a people first community bank, with locations throughout North Dakota and Minnesota, Choice is excited to be embarking on this groundbreaking advancement in the financial services industry. Long-known as a forward-thinking community bank, Choice is taking currency and banking to a whole new level — something that hasn’t been done in years.

“In the banking industry, it’s not often that you see organizations reinventing the wheel,” says Johnson. “It’s really exciting to see an idea take off and be at the forefront of innovation.”

“We think these new snow banks will be particularly valuable for city governments and residents,” Johnson said. “Snow has always been underestimated as a commodity.”

Snow Bank products and services include:

‘This could be a huge deal.” says Johnson. “The Midwest has a wealth of snow, while the rest of the United States suffers from having next to none. With the demand for snow being so widespread, I think this could take off on a national, if not global, scale.”

COVID-19 Update #5 for Our Customers