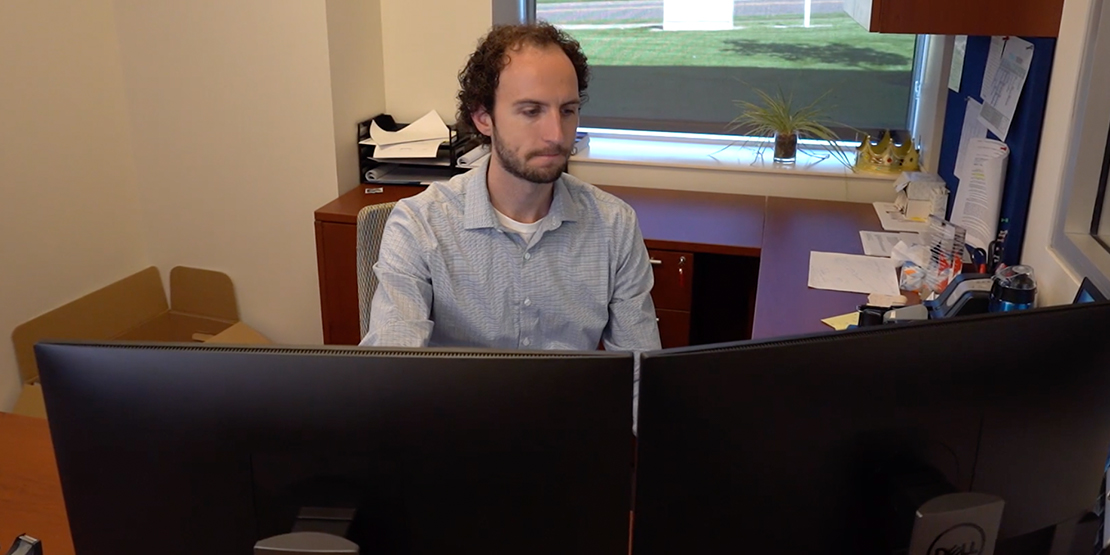 When a fraudulent check for over $40,000 strikes an account and the deadline to return it has passed, Andy doesn't just stop there; he comes up with another plan of attack.

With hacking schemes and mass data breaches so common in the news these days, there’s a popular saying in the banking world when it comes to fraud: “It’s not a matter of if, it’s a matter of when.”

For one of Christina Lau’s customers, this became a harsh reality and a hard-earned lesson.

“We did not authorize this check,” Dale told Christina over the phone. “What can we do? Is there any way to get that money back?”

It was close to the end of a typical Monday at Choice Bank’s Eagan location when she received an urgent call from Dale*, a business customer she’s worked with regularly in the past. A large check for $43,842.32 written out to an unfamiliar name had cleared his account just last week.

“We did not authorize this check,” Dale told Christina over the phone. “What can we do? Is there any way to get that money back?”

As a Senior Deposit Services Specialist at Choice Bank, Christina spends most of her time helping customers set up their accounts and making sure they have all the tools they need to be successful and protected. She’s also no stranger to fraud.

“I always make a point to talk to all my customers about the risk of fraud, and the importance of using risk mitigation services,” Christina said. “But I often hear people say ‘it’s never going to happen to me.’”

Luckily, Christina knew exactly what to do. Her fraud-buster instincts kicked in and she immediately reached out to the Transaction Services team at Choice. After some quick investigative work, they discovered that the check had been ‘washed’—a type of check fraud that involves someone using special chemicals to wash the ink off certain areas of a check. At a glance, it looks like a legitimate check from a real company, but it might have a new payee name or even a new dollar amount.

In this case, the check had been originally written for $3,842.32 to a vendor of Dale’s, but the fraudsters washed the check to not only add their name but an additional “4” to the beginning of the amount.

“Check washing isn’t very common anymore, but it definitely happens,” explained Andy Karel, Transaction Services Supervisor at Choice Bank. “I’ve only run into it once before.”

He knew they only had a very short window to return the check—typically just 24 hours after it clears an account. There was just one problem.

With previous experience under his belt, Andy immediately leaped into action. He knew they only had a very short window to return the check—typically just 24 hours after it clears an account.

There was just one problem.

The check had cleared on May 29, and it was already June 3. They were 3 business days past the return deadline.

But Andy refused to give up. He did some more digging and found out the washed check was deposited at a small bank in Iowa.

“Since it was a small bank, it made it easier to get a hold of a real person over the phone and to get a claim form sent over right away,” Andy said.

From there, Andy made sure to regularly check in on the other bank.

“I might have badgered them every day for a while,” Andy said. “I put some pressure on them to take action because they were the ones that accepted an altered check.”

Knowing her and her customer was in good hands, Christina left it up to Andy to work with the other bank to get the money back. Now she had to focus on the next steps to make sure her customer was protected; she turned to Jessyca Bellinger, Cash Management Services Supervisor.

“Sometimes when there’s fraud it’s not a one-item occurrence—it can be reoccurring, where multiple fraudulent checks may try to clear the account,” Jessyca explained. “That’s why we’re always diligent to onboard our risk mitigation products, Check Verify and ACH Verify, as quickly as possible.”

Within 48 hours after being notified by Dale, Jessyca and Christina were able to get him set up and trained on both Check Verify and ACH Verify.

Two weeks later, Andy’s persistence paid off, he had some good news: Dale and his business would be receiving full reimbursement for the washed check from the other bank.

Jessyca and Christina were both surprised and relieved. To them, Andy’s actions demonstrated an important Choice Bank core value: commit to our customers with undivided attention.

Two weeks later, Andy’s persistence paid off, he had some good news.

“These types of things can take months to resolve and there’s never a guarantee that we can get the money back,” Jessyca said. “I was just really impressed with Andy’s dedication to seeing it through even though he’s been busy training new staff lately.”

“Andy was brilliant!” Christina added. “Dale was super appreciative and so am I! He reacted so quickly and kept everyone in the know throughout the whole thing.”

For Andy, it was just a matter of doing what was right.

“It was out of their control and they were looking for help. I just did the right thing,” he said with a smile.

For more information on how to avoid scams and best protect yourself and your business against fraud, visit  www.bankwithchoice.com/cybersecurity.