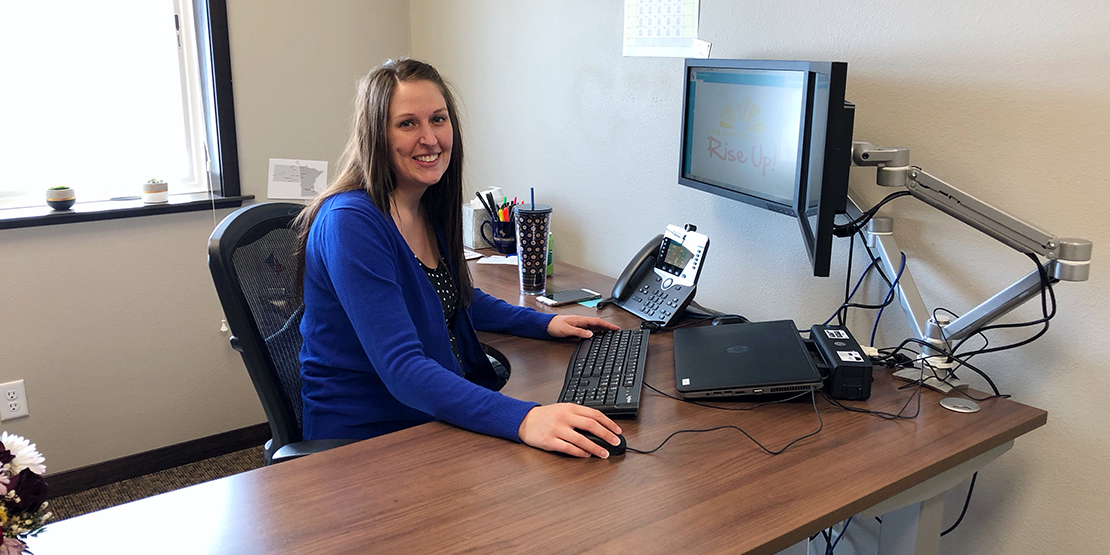 Stacy making sure everything is running smoothly for both her internal and external customers!

It was the first day back from Christmas break for the crew at Choice Bank in Golden Valley. It was 4:45 PM, and everyone was wrapping up for the day. That’s when Karsten Jensen, Loan Services Account Manager, received a concerned email from a long-time business customer.

“We were informed that we have a late payment on our loan,” it read. “However, we sent payment last month.”

Karsten furrowed her brow. She started to do some digging.

“I wasn’t sure who to contact,” she said. “I kept thinking, what happened here?”

On top of it all, they had just converted to a new system. Karsten, along with everyone else, was still figuring out the new process. Feeling overwhelmed, she called transaction services hoping to find help. It came in the form of Stacy Grondahl, Transaction Services Supervisor.

Stacy has a soft voice and calm demeanor. As the two spoke about the issue, Karsten began to feel more and more at ease.

“I was feeling stressed, and Stacy was so helpful,” Karsten said. “I expected her to say, ‘I’ll look into it’ and then get back, but she started listing solutions right away.”

Immediately, Stacy leaped into action. Thinking out loud, she began naming off who she would contact to resolve the issue. Not only that, but she told Karsten not to worry about a thing. Stacy would handle it all.

“She just… handled it,” Karsten said with a laugh. “I felt confident it was being resolved and I felt really taken care of.”

“She just… handled it,” Karsten said with a laugh. “I felt confident it was being resolved and I felt really taken care of.”

Stacy understood that sometimes it’s best to do everything you can, rather than hand off multiple tasks and lead your coworkers and your customer on a wild goose chase for answers.

“I didn’t want to make someone explain the story multiple times, saying ‘go call someone else,’” she said. “My goal was to be reassuring to our team, knowing there was nothing that we did or could have done to prevent it, and reassure the customer that we are taking care of them.”

Stacy called Deposit Support and Commercial Loan Operations to explain the situation and gather the information she needed. After some quick research Stacy was able to identify and resolve the issue. But, Stacy didn’t stop there. She took it a step further and contacted the bank who originated the payment on behalf of the customer to ensure they didn’t encounter this same issue in the future.

Within an hour, what started as a crisis situation was completely resolved. Karsten was floored.

Within an hour, what started as a confusing situation was completely resolved. Karsten was floored. She made a quick call back to the customer to explain. The customer, who has been with Choice Bank for over 10 years, understood right away. Not only was Karsten able to share that the issue had been resolved, she was able to reassure the customer that they didn’t need to worry about it happening again.

Hearing this, Stacy just laughed. She then said something that a lot of Choice Bank team members say, whenever they receive praise for going above and beyond: 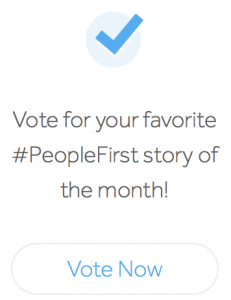 Giving up the Vikings