How to describe Matt* … Hmmm.

Matt is a customer at Choice Financial and has been a customer for decades. He’s a country farmer in his 60’s, laidback, with a quirky sense of humor.

And he LOVES Ford.

When he comes to visit Choice Financial, Matt is usually driving his Black Ford Edge. But at his most recent visit, they noticed it was missing an arguably crucial part: the Ford emblem.

Matt noticed Jeanie’s car, also a Ford, and joked that he was going to “steal the emblem off the front” of her car!

Jeanie laughed and asked, “What happened to yours?”

Matt wasn’t sure. Their whole exchange happened in passing — but Jeanie was paying attention. She knew it would mean a lot to Matt to get a new emblem.

In fact, just two months before, Jeanie had hit a deer and lost the Ford emblem off her own car. She had had it replaced by Jason, a body repair shop owner and, coincidentally, also a Choice customer.

After Matt left that day, she gave Jason a call and explained Matt’s story.

“I’ve got just the thing,” Jason said. Turns out, he had miscellaneous Ford emblems from 18 other vehicles!

The next day, Jeanie paid Jason a visit and picked out the perfect Ford emblem for Matt’s car. Jason insisted on not being paid, so she brought a few of Choice Financial’s specialty cookies as payment instead.

Jeanie called Matt as soon as she got back to Choice Financial.

It’s not often Matt gets excited, Jeanie said. But when she handed him the emblem, he was grinning from ear to ear.

Jeanette, meanwhile, had watched the story play out and was impressed with Jeanie’s commitment to her customer.

“I’m not sure who was happier, Jeanie figuring out how she could make the customer’s day or Matt when handed the new emblem!” she said. “Jeanie’s always in tune with her customers and knows what’s going on in their lives.”

“Work hard. Do the right thing. Have a little fun!” 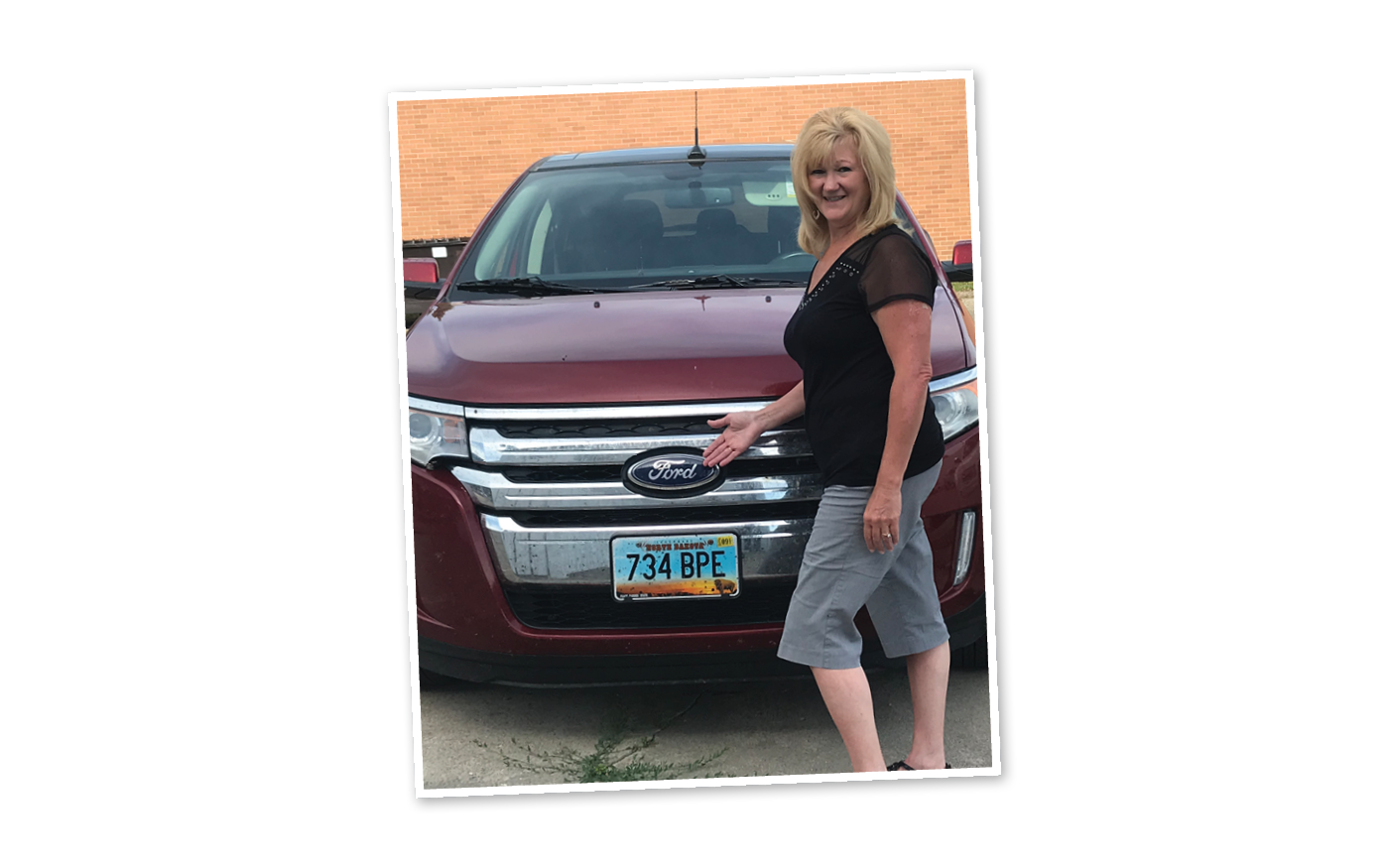 Recognizing Those Who Create Lasting Footprints