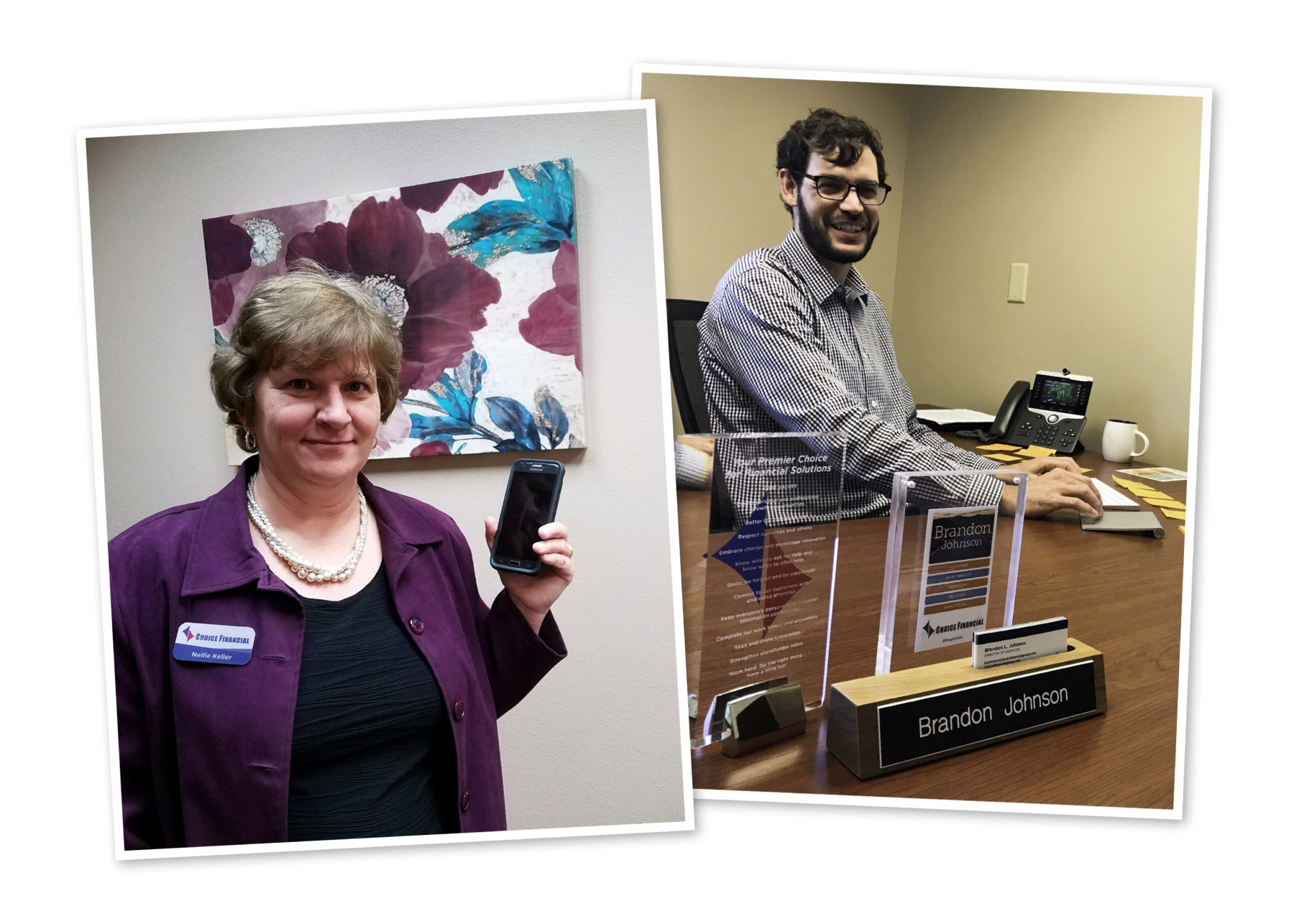 Let’s be real; no one really likes group projects in high school or college. They have a reputation for being stressful and exhausting. Now imagine doing group projects completely virtually, using phone calls and conference calls. It seems like there could be potential for issues, confusion, or frustration. But not for Brandon Johnson and Nellie Keller.

Brandon is the Director of eServices at Choice Financial and works out of this office in Fargo. Nellie is the Vice President of Personal Banking in Bismarck. Their customer, John, nicknamed “Jiggs,” is the president of the North Dakota Grocers Association (NDGA).

Jiggs, after a referral from Business/Ag Banker, Denny Schneider, approached Nellie with a unique challenge. He had four accounts for NDGA at two separate banks, and his payment technology was outdated. In order to keep NDGA growing, it was time to consolidate the accounts into one and update his payment technology.

“The question was, how do we get him to receive credit cards on his laptop?” Nellie explained. “He wanted to bring everything into the 21st century.”

“He wanted to bring everything into the 21st century.”

Nellie knew she could help with the accounts, but brought in Brandon, the tech whiz, to help with the payment options. Together, they formed a dream team that met via video conference to guide Jiggs to a solution.

As is the case with any great team, Nellie and Brandon each served different roles. Nellie met in person with Jiggs in Bismarck, immediately making him feel comfortable with her warm personality. She worked with him to organize the accounts from other banks and condense them into one account through Choice. In the meantime, Jiggs explained to Brandon his technical difficulties. He needed a solution that would allow him to accept credit cards on a mobile device, like an iPad, to make paying dues easier for his members.

Brandon was on it. He took everything Jiggs was looking for and did extensive research to find the best solution. The fact that Jiggs calls himself “computer illiterate” was not a deterrent — in fact, Brandon argues that new technology need not be intimidating. It just needs to be explained in the right way.

“There are great solutions out there, and sometimes people won’t use them because it feels like work, and there’s a lot of tech jargon,” he said. “But if you take the time to explain something, and focus on a person, it becomes a non-barrier.”

“If you take the time to explain something, and focus on a person, tech jargon becomes a non-barrier.”

Together, Brandon, Nellie, and Jiggs were able to find a solution for an easier payment process. They worked through how to implement and use the program via video conference, with Brandon instructing virtually from Fargo. In a short time, their teamwork successfully brought four accounts at two banks into one account at Choice, and implemented a modern payment system and mobile website for NDGA.

Jiggs was thrilled. He was able to debut the new system at the NDGA conference in September, and everything went off without a hitch. He went back to Denny, the friend who recommended working with Nellie and Brandon, with high praise. “Nellie is an employee every business wants,” he told Denny. “And Brandon was extremely patient explaining the technology.”

“Nellie is an employee every business wants,” he told Denny. “And Brandon was extremely patient explaining the technology.”

In the meantime, Nellie and Brandon were having too much fun to think about it as hard work. They laughed and joked with each other, each complimenting the other’s unique skills and teamwork. They agreed that one core value they tried to emulate with Jiggs and every customer, is “Commit to the customer with undivided attention.”

“If the role was reversed, what would I want my banker to do for me?” Nellie said. “That’s what I’m going to do for a customer.”

Brandon agreed. “It’s about representing Choice well,” he said. “We want to be solution finders and problem solvers for our customer.”

A Frozen Trip to Uncharted Territory