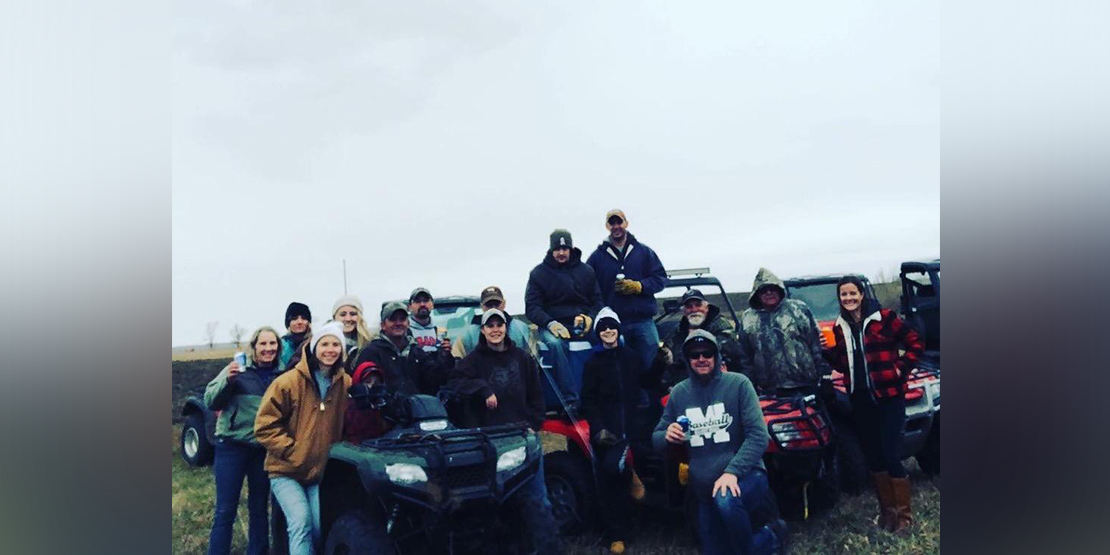 Gerald Horner, Stanley's kids, neighbors, and friends gathered together to round up cattle

The Harley Davidson motorcycle was a retirement gift to himself. At 66 years old, it was well earned — a chance for Stanley to feel the wind again, out on the open road, free.

A few months later, on August 20, 2018, Stanley was doing just that when he passed away after he lost control on the interstate.

Gerald Horner, a Loan Officer at Choice Bank in Medina, knew Stanley well — not only as a customer but as a good friend. He’d worked with him for over 23 years, helping Stanley with finances for his ranch. Stanley also worked as the rural mail carrier for the post office in Medina right across the street from the bank, so he would stop in regularly to say hello. The two quickly formed a close and trusted bond — in large part because they understood each other.

“I’m not your typical banker, I’m a rancher, too,” Gerald said. “Stanley and I went through a lot together. We were friends.”

“I’m not your typical banker, I’m a rancher, too,” Gerald said. “Stanley and I went through a lot together. We were friends.”

Stanley’s sudden death shook his family, friends, and community. He left behind his wife of 36 years, his son, and three daughters. Gerald choked up as he described his friend.

“Stanley was just an all-around good guy. He was very well-liked by people,” he said. “It was a tragic accident.”

After Stanley died, his four kids came to visit Gerald. They knew he was a trusted friend who could help them navigate the assets of the ranch. No one in the family lived nearby the ranch to care for it, so they knew they needed to sell the cattle. The first step would be to round up the cattle and sell the calves. Gerald immediately offered to help.

“We always ask people what we can do to help. I wanted to make sure that I followed through on this,” he said. “I didn’t want them to be empty words.”

“We always ask people what we can do to help. I wanted to make sure that I followed through on this,” he said. “I didn’t want them to be empty words.”

Later on a Saturday in November, Gerald arrived at 9 AM at the ranch with his own ATV to help. He is a loan officer, but this was not foreign ground. He knew how to help. He worked with the neighbors, other helpers, and Stanley’s kids to round up the cattle as well as they could. Altogether, they had around ten ATVs and by noon they had made quick progress. Gerald could see they had it under control from here. As he said goodbye, the kids thanked him over and over.

Val Leier, a coworker of Gerald’s, heard what had happened. She was proud that Gerald was not only able to help a grieving family, but also that he represented the #PeopleFirst values of Choice so well.

“Gerald was more than a banker to this family,” she said “When I heard the story, I thought — ‘this is exactly the Choice way of doing things.’”

“We so much appreciate everything you’ve done to help us through these past few months and how great a resource you were for our dad,” she said.

Gerald read the text with tears in his eyes.

“Honestly, I didn’t really see it as a big thing,” he said. “I just want to be here for his children.”

Who You Gonna Call?…Call Michael!

Do the Right Thing for Your Community