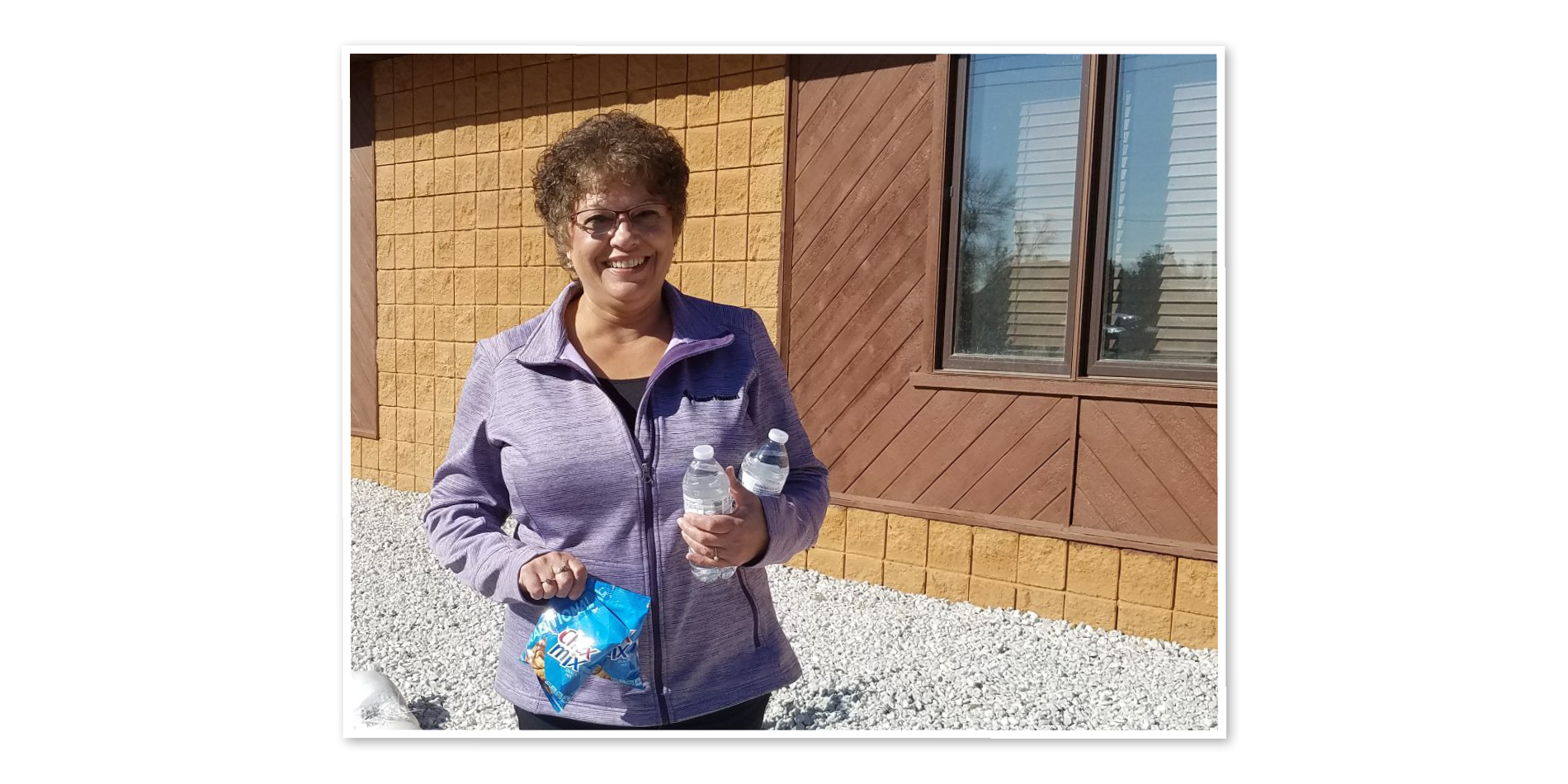 It was a midsummer day in Belfield, North Dakota, and the thermometers were maxed out. Even in the early morning as Marilyn Rixen came into work at Choice Financial, she could tell it was a scorcher.

“We were in a string of really hot days,” Marilyn explained. “On this day, it got to almost 100 degrees out.”

Days like this usually prompt locals to stay inside, crank up the A/C, and drink a cool glass of water. Doing hard manual labor in that kind of weather is likely not a priority for most.

And yet, when Marilyn got into work, she heard the clanking sound of some type of construction happening behind the bank. When she peeked out the window, she was surprised at what she saw.

“I could tell they needed a treat,” Marilyn said.

There they were, two Belfield locals working on the sidewalk in front of the Masonic lodge. The sidewalk was warped, and the two were in the process of replacing it with a new, smooth path. Marilyn watched one of them swinging a sledgehammer over and over to break up the larger pieces of pavement so the other one could scoop it up with his Bobcat.

Now, you might be imagining two young, spry gentlemen. However, these guys are in their 70’s! Naturally, Marilyn was impressed, especially considering the sweltering heat.

“I could tell they needed a treat,” Marilyn said.

The two men worked outside all morning as the sun climbed the sky. Inside the bank, Marilyn gathered some of the snacks they had on hand to create a special basket for the hard workers. Chex Mix, a bottle of cold water, and (a rare specialty) a few coveted lemon drop Girl Scout cookies went into the basket. Just before noon, she crossed the street to deliver the goodies to the weary workers.

“I brought you both some treats!” she said. The two took the basket and happily thanked Marilyn.

“We’re going to save this for our break!” one of them said.

A few days later, he stopped into Choice Financial with special thanks to Marilyn for bringing them the treats. It was the perfect surprise on a hot day.

“Sometimes these little things are what makes somebody’s day a little brighter,” Marilyn said. “I just hope it made them feel special.”

The Angels of Grafton

Inspired to Give Back